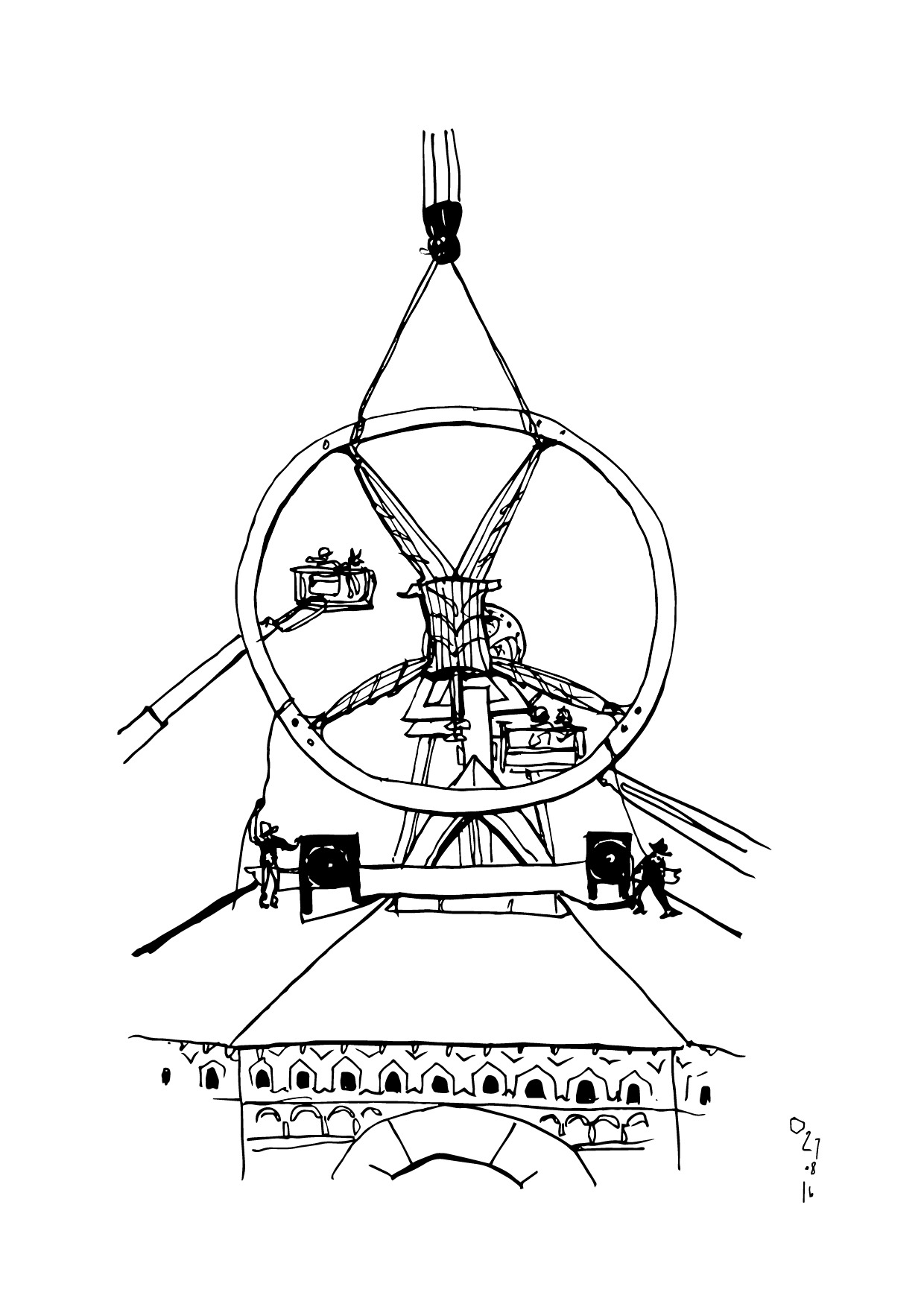 The film is about steelworkers – hairy-chested huskies building the tallest building on Earth at that time. The work was completed in 13 months, most of the construction done in harsh Winter! The work conditions and performance is definitely not approved by OSHA now, but for sure, the crew’s playfulness, skills and care towards each other at the site looks fun and inspiring still in the present! The trust and respect between human beings, that makes a group of individuals act like one organism. I am now working on the illustrations of one of the most fascinating building project I have been part of – the Man Pavilion 2016. This year I felt again the same kind of excitement I did in 2009, when I first started building, being the youngest, inexperienced and only woman in the crew of experienced fierce men, who funnily took me as equal. Since then during these 7 years (missed 2013) building on playa, I have always experienced being part of a team, a community, where everyone has each other’s back and great respect towards all. We learn from one another and play together – which means work non-stop. And it goes for all DPW – the Department of Public Works – people who build, maintain and clean up the dream city known and inhabited by the whole World.

Coyote, who started this crazy fearless crew of city-builders, has now invested the time outside of playa to learn and then pass on the valuable knowledge and his experiences onto DPW and artists building in Black Rock City.

We all are part of creating a culture of safety.

Being safe does not mean being afraid of playing on (sometimes very thin) strings of Life, but more understanding the risks and being observant of the present, knowing own capabilities and communicating clearly. And most of all – looking after and being honest with yourself and others.

As Tony is a natural storyteller and could not give a standard safety-class without some fascinating and humorous stories of his Coyote playa adventures, I could not resist to capture few drawings, when I should have attentively only listen to the class. But as Coyote’s stories teach in the present and make some moments in time timeless, the drawings are also a way of jumping back to the past and learn again – ladders have to be always wiped clean before using!

I truly recommend reading/or listening stories from the Early days, to get an perspective of how this now city of 70 000 people has emerged: